“Every day is a great day to take a few cars off the street and think about it.” 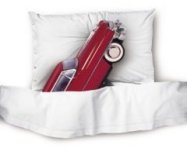 Here is how the Car Free Days movement got started and has taken shape over the last 21 years.  This is the second in a series of articles which we update and post annually just prior to the September rush to get the latest batch of Car Free Day projects off the ground. We hope that these pieces and the references you find here are going to prove useful to those responsible for making a success of their Days in 2015. Getting a CFD right and making it a real success is no easy task — good knowledge of what has worked and not worked in the past should serve you well.

Think this business of hauling all or most of the cars off the streets for a day of public reflection and dialogue is brand new stuff? Think again. In the world we live in the building of knowledge and the creation of a new consensus for change on matters of technology and society is a deliberate and almost always very indirect process. Rarely are there single persons or groups who all by themselves make the difference. Rather there is this slow, often irritatingly slow, cumulative process of assimilation of ideas, attempted actions, not all of which crowned by immediate success, and changing perceptions which occasionally combine, here and there, to change first attitudes and then, with any luck at all, some of the salient and important choices that we all make together which shape our daily lives, and those of our cities.

The Car Free Day “movement” has over the years been faithful to this formula as the following “timeline” suggests. Beginning in the fifties and mainly in the States back then as the first ill-clad doughty local groups began to assemble here and there in order to protest the intrusions of cars in their cities and neighborhoods, here are some of the main benchmarks which we have culled from our own observations and experience over this period. (Anything missing, wrong, or poorly explained here. If so, let us know and we can try to rectify.)

Our own involvement with the idea of hauling all the cars off the street from time to time and in the process inviting citizens to think and talk about it as a step in the process of rethinking the transportation arrangements in their city, traces back to a public challenge issued back in October 1994 in an international conference that we had a role in organizing with the Spanish government in Toledo Spain under the title Ciudades Accesibles.. The challenge took the form of a paper distributed to the meeting, under the title of “Thursday – A Breakthrough Strategy for Reducing Car Dependence in Cities”, the full text of which is available here.

Subsequent to the Toledo meeting, this site was set up under The Commons as one of the first to go onto the Web, which was then followed up in late 1997 by the Car Free Cafe which serves us all to this day. Within a bit more than a year the first car free day projects were planned and implemented by teams in Reykjavik, Bath and La Rochelle, all of whom were present at the Toledo meeting. Then in October 1997 we briefed a team at the French Ministry of the Environment on the Thursday approach, subsequent to which they launched their national “En ville sans ma voiture” project. Etc. Etc.

While the first formally government mandated national Car Free Day program was without a doubt France’s “En ville sans ma voiture” (“In town without my car”) program which got underway in 1998, and which continues in various forms to this day, it is only fair to tip our hat to the British Environmental Transport Association (ETA) who opened the way by coordinating three annual National Car Free Days in Britain since 1997. Equally it is useful to recall that their Green Transport Week program also provided a model for the European Commission’s later extension of this approach to Europe as a whole.

Likewise, it merits mention that the Germans got the jump on the French as well with their Germany-wide Car Free Mobility Day – Mobil Ohne Auto, that first took place on June 21 1998, and which also continues to this day. Shortly thereafter the Italians, Belgians and other jumped in with their own national programs. (A good idea has many fathers and mothers.)

A major and very powerful bump in the road came in February 2000 when the City of Bogotá organized in cooperation with the World Car Free Day Consortium its first Car Free Day, Sin mi carro en Bogotá, the world’s first large-scale “Thursday” CFD project which resulted no less in keeping some 850,000 private cars in their garages for thirteen hours of alternative transportation and thinking about it. The join project was later awarded the prestigious Stockholm Challenge Prize for Environment in June 2000. The success of the Bogotá project spilled over to contacts with officials of the city of Chengdu of Sichuan Province, People’s Republic of China, who organized China’s first Car Free Day on 14 October 2000. Clearly the virus was spreading.

Stretching beyond national frontiers, the first international Car Free Day program was launched by the European Commission in September 2000, followed two months later by the first “>Earth Car Free Day, a joint project of the Earth Day Network under the leadership of World Car Free Days. The contribution of the Commission to keeping this flame lit, not always sunder the easiest of circumstances, has been a very important one. Probably the single person most responsible for this has been Margot Wallström, first as Commissioner for Environment and more recently as vice-president of the Commission. This personal long-term commitment has meant a lot, as well as the low key, decentralized, open door approach which the Commission has increasingly taken in all this.

Today, more than a decade later, with the Car Free Day movement having at long last gaining real momentum and international prominence, and in the process a certain respectability before the same administrations and bureaucracies that were certainly not among their best friends and loyal supporters until quite recently, it is important that we retain sight of the actual origins of these impulses for change. If we can remember this, we might all be a bit more open to the next good idea that tries to make its way onto the stage and move us toward a more sustainable way of life, rather than turning our backs and sticking with the good old status quo.

The following chronology sets out a number of the main CFD benchmark events that have occurred over the last decades, the best of which have together and gradually built on each other’s accomplishments to leave us today with a movement that is, in many ways, only now beginning to get under way. As you will note we have made no effort to capture and report on the literally thousands of CFD events that have taken place since the early years of this decade. Too many and too diverse. But what you have here shows how this ball got rolling.

Note: At this point we gave up on our housekeeping of city by city CFD progress (and setbacks) in different parts of the world. But the above should give you a good feel for the manner in which this concept took shape, took different shapes, and picked up speed from the beginning.

Like them of not, the world is just a bit better place for when we take a few cars off the street for a day or so and think about.

“Frog” wrote about this CFD shot taken in Wellington New Zealand: “This photo shows the space fifty people in cars take, and the space taken by the same amount of people in a bus.  It’s also supposed to show the space the same number of people on bicycles take up, but the cyclists seem to be mingling in sociably with pedestrians and and other gadabouts and gossipers. There’s even a couple cuddling in the corner! So the end result is you don’t really get a good impression of the space cyclists would take up if they all sat in tidy rows. I guess that’s either the benefit or problem with cycling, depending on your point of view.

* World Car Free Cities coverage at http://worldstreets.wordpress.com/category/car-free-cities – as above but broader coverage

*  Interview with editor of World Streets by Jane Harding of Carbusters magazine here.

* xCars: Taking the issues from another angle, xCars: New Ways to Own and Use Cars

2. Historical timeline (since 1958) of CFD events and trends at http://goo.gl/DE0BZH

4. Very strong reference is the three-part series on “Rethinking Car Free Days in Taipei” – at http://worldstreets.wordpress.com/2011/10/12/rethinking-car-free-days-in-taipei-city/

* Finally *World Streets: the Politics of Transport in Cities at http://worldstreets.wordpress.com/ provides a comprehensive introduction and reference source to our work and approach.

Bio: Founding editor of World Streets (1988), Eric Britton is an American political scientist, teacher, occasional consultant, and sustainability activist who has observed, learned, taught and worked on missions and advisory assignments on all continents. In the autumn of 2019, he committed his remaining life work to the challenges of aggressively countering climate change and specifically greenhouse gas emissions emanating from the mobility sector. He is not worried about running out of work. Further background and updates: @ericbritton | http://bit.ly/2Ti8LsX | #fekbritton | https://twitter.com/ericbritton | and | https://www.linkedin.com/in/ericbritton/ Contact: climate@newmobility.org) | +336 508 80787 (Also WhatApp) | Skype: newmobility.)